The days go quickly and there is much and little to report.
My sister's wedding was fabulous amounts of fun. From the rehearsal dinner at Bass Pro Shop, to the massive amounts of girly prep., the bulldog ring bearer to the family rendition of Neil Diamond's "Brother Love's Traveling Salvation Show," I don't know how things could have been better. The typical wedding day snags, but nothing serious.
I am now back in Ripley until I leave for retreat on Monday.
Yesterday Kate and I had the pleasure of attending the swearing in ceremony of 42 new U.S. citizens--four of our parishioners included. The diversity of folks was amazing--Haiti, Mexico, Columbia, Germany, Jamaica... The ceremony itself was also very lovely. They had a great speaker, a professor from the University who himself had been sworn in 18 years earlier. The presiding judges were funny and relatively laid back. They were very welcoming of families and photos and the like. A wonderful celebration.
Now home for the day. I'm beginning preparations--logistical and spiritual--for my coming retreat. Finding my art supplies and hiking shoes. Bought a new poetry book. It's only 9:30 a.m. but it feels like it should be the middle of the afternoon.
Speaking of books, I have a couple of recommendations that I am reading:
The first is Called to be Sent by Anthony Gittens. Like many of his books, and other spiritual reading, there are some chapters and sections that I find more relevant, challenging, inspiring more than others. One paragraph on E/eucharist I particularly liked:
"We do not simply 'remember,' as in 'call to mind' or 'evoke'... Anamnesis entails active remembing. That is more like 're-member-ing': 'putting the members back together,' 'reproducing,' or 're-embodying' in our own lives and communities some vital past experience." (p. 65)
I mentioned the new poetry book I got: Thirst by Mary Oliver. I love her stuff. I've really only read two poems thus far. One titled "Praying" of which I was previously familiar and that was part of the reason for my buying this particular book, and a second, the first in the book, titled "Messenger" which begins, "My work is loving the world." Very CSJ. Mary Oliver uses a lot of nature in her poems which I thought would be great to accompany me on my mountain hikes during retreat and thereafter.
So, until after retreat, most likely... 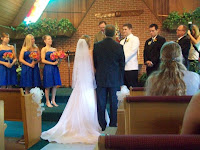 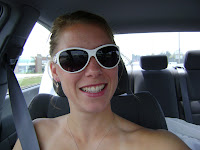 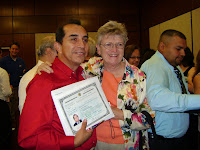 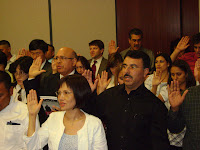